For the Scouts the Group Camp started in a car park. The troop was split into two groups and the Scouts had to map read their way to the Campsite at Thornthwate.

Both groups survived the hike into camp only faltering once or twice, but its good learning and puts them in good stead for the upcoming county Escape and Evasion (Operation Sanctuary) and the Districts Challenge Hike.

Once on site we were met by the Beavers and Cubs who had arrived earlier in the afternoon.

Scouts setup camp and the theme for the scouts at camp was survival that said the scouts were given a number of hammocks to set up in the woods.

The following morning it was cooking breakfast over an open fire and the beavers and cubs were having their full English in the dorms.

Many activities were done over the weekend from Bread making from the Cubs and cooking it in the Camp Fire Ovens – Scouts making Camp Curry Pots. Kite making by the beavers and cubs, nature trails and all round Scouting and Smores and sing along’s around the Camp Fire! 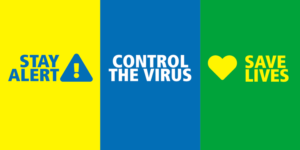